kommienezuspadt in Photography Lovers • 6 days ago

What’s up, Hive? It’s 2:00a.m. This is a terrible time to start writing a blog post, but @guthrie is off for the rest of the week for the Thanksgiving holiday so I don’t have to wake up with the sunrise to get him to school. The fact that I can sleep in is the only reason I talked myself in to this. I’ve said this a million times but if I miss a few nights, it can be the start to a routine that doesn’t include regular Hive posts, and I don’t like that. I’ve missed a few nights with the work I’ve been doing round the clock to finish Immutable Realms in time for season 4 of Pomelo. 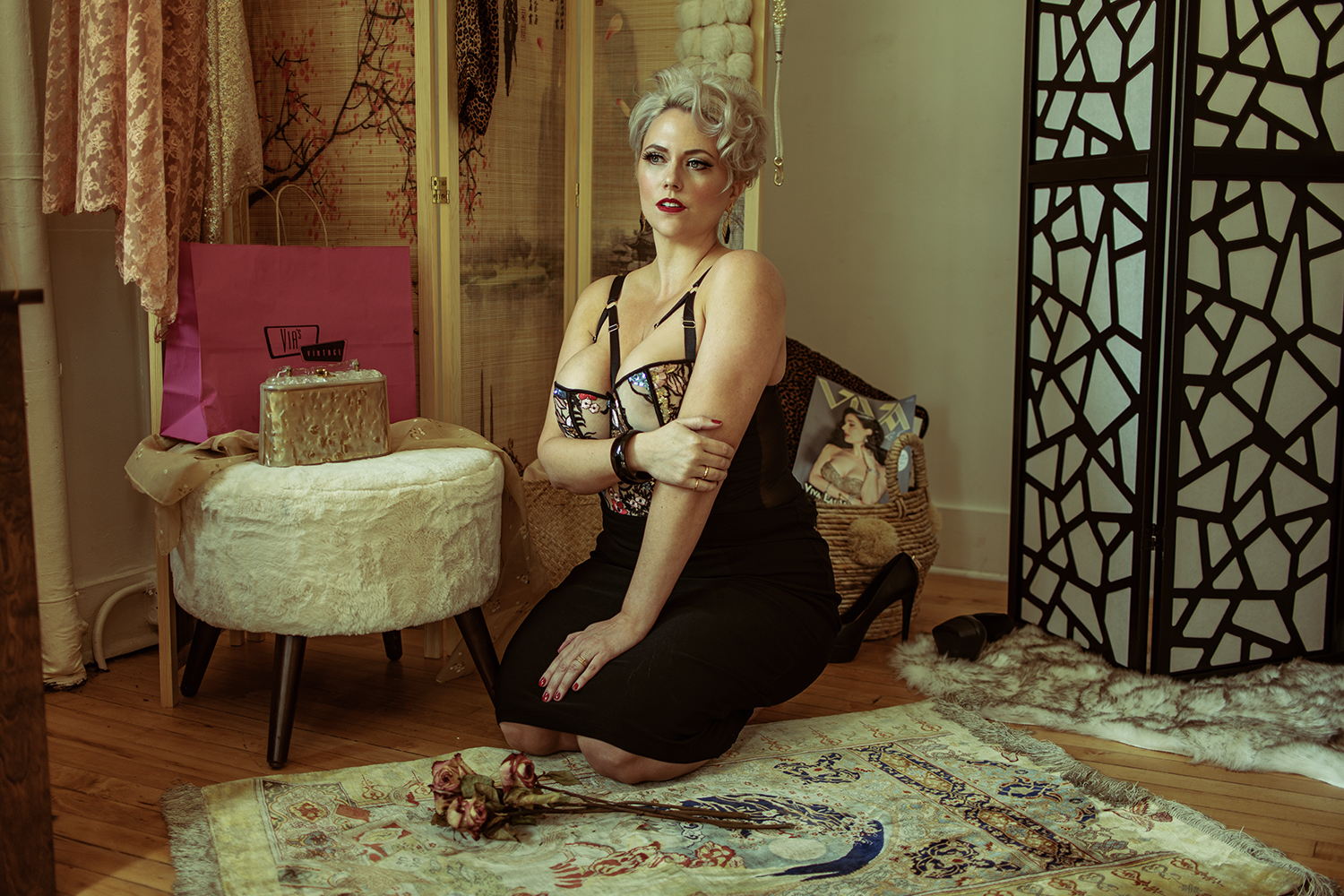 The reason this made sense is because I actually do have new photography to share. Over the last couple of days, as a palette cleanser between graphic design for the zine, I’ve been fitting in an edit here and there. I have enough to share them tonight here, finally. This shot is a new edit from a shoot last fall for Lovely Organic Apothecary in South Minneapolis. Things were still a mess from COVID lockdowns but the owner and I hosted a series of dark pinup sessions in the salon. It was one of my first shoots with the Nikon Z6II and I love it. More recently, I shot in Los Angeles in October and both of the following photos are from that trip. This shot is with a stunning Bulgarian model named Tanya. It was entirely serendipitous that our trips to LA would overlap by just a day. We managed to coordinate and catch about a 6 hour window when she could meet me at the Gable estate near Pasaenda, before my checkout and flight back to Minneapolis. We’ve been Instagram friends for a few years and we’ve always said, “…one day”, so this was a memorable shoot. 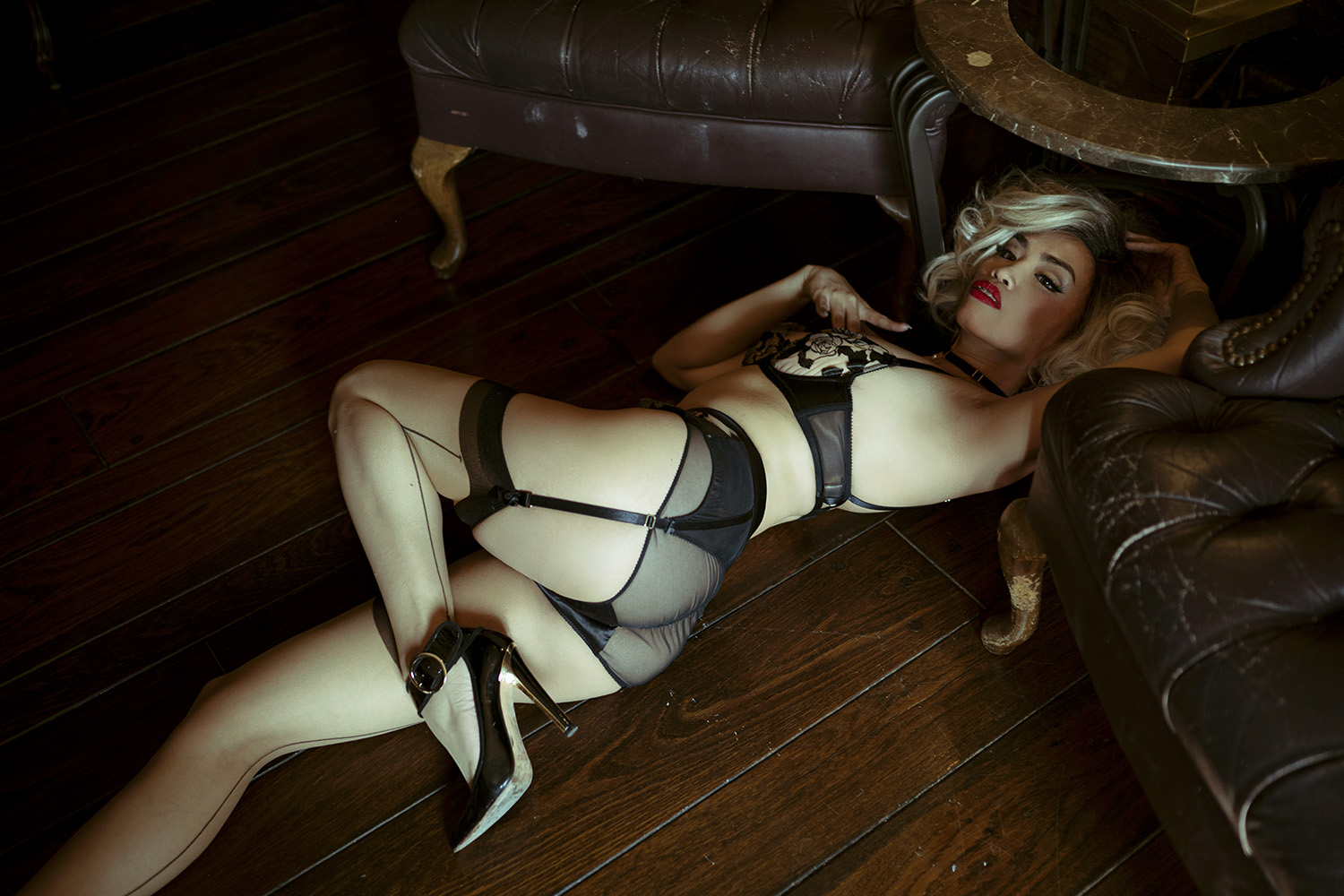 Lastly, another shot from the same trip. This was my first shoot once I was back in Los Angeles. Again, serendipitous. A friend named Mars was in LA for one day to see Dita Von Tesse. I shot with her around 2016 in LA and she was such a sweet person, I’d always hoped we’d have the opportunity to shoot again. She was quiet and shy during our first shoot. This time, she really found her presence in front of the camera and killed it with some a commanding lingerie set that we put to work in the study of the mansion.

Submit
0.00 CCC
269 votes
Reply 6
Sort:
[-]
poshtoken  6 days ago
The rewards earned on this comment will go directly to the people( @polish.hive ) sharing the post on Twitter as long as they are registered with @poshtoken. Sign up at https://hiveposh.com.
100%
-100%

Enjoy your holiday weekend! The school district I work for had school today while all the ones around us did not. It's because we get the first day of rifle season off on Nov 15th. Otherwise we probably would have been off today too.

Same to you, @bozz. Oh, man. I remember when my school in Pennsylvania gave us the first day off for buck season, lol. That isn't a thing here in Minneapolis. Happy Thanksgiving!

i'm loving with the style you have in your photo sessions !