So Coinbase has been trading against it's own customers!

pele23 in LeoFinance • 2 months ago

The Wall Street Journal stated today that sources confirmed them that a special unit formed inside Coinbase made a 100 million USD proprietary trade. Even though Coinbase has stated under oath against the congress that they don't do proprietary trades, earlier this year. This of course brings on mixed feelings.

It is normal tactics from banks to do trades against their own customers, to make money of course, instead of making money through commissions on the trades of their customers. We all have our thoughts about the banks, and most of them are not quite positive. So, if Coinbase is now really acting like the mainstream banks, this is really not very motivating for us, crypto enthousiasts to trade via Coinbase. Now, the question is, is it true? 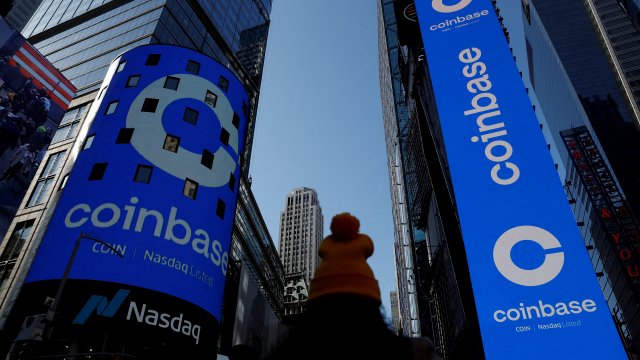 In my opinion, this is very true, and they are probably not the only trading platform that is engaging in this sort of action. Especially because of the bear market that has been going on for so long. This brings them in the extra income, they are losing through the lesser commissions they are getting because of the lower selling and buying prices. So, these companies need to keep their income stream coming, and find other ways to bring in that income. So, is it the truth? It probably is!

Keep your crypto out of exchanges

This is one more reason to keep your coins away from centralized exchanges. Only move them over there, if you want to sell them, or buy some. This also keeps them from using your coins to these proprietary trades. The less coins that are stored in the exchanges, the less coins they have to do trades with. Because, believe me, they will use yours to do trades with. The lesser they have, the lesser they can do trades against their own customers. And by this, the crypto market will get better too. Because these proprietary trades are also not good for the market in the long run. They keep the market down. Especially when we are in a bear market. If the market is rising, these trades will move the market up. But we are far away from that rising market.

Keep your coins safe, in your own wallets! Remember that.

big companies performing disloyal actions and benefiting their interests? why am I not surprised?

Shocking.
What will Coibase bosses do next ?

It's not surprising because we saw some of the wordings from Coinbase about how they have rights to your crypto if they are on the chain. It's kind of crazy but this makes it harder for the people who know less about crypto though.