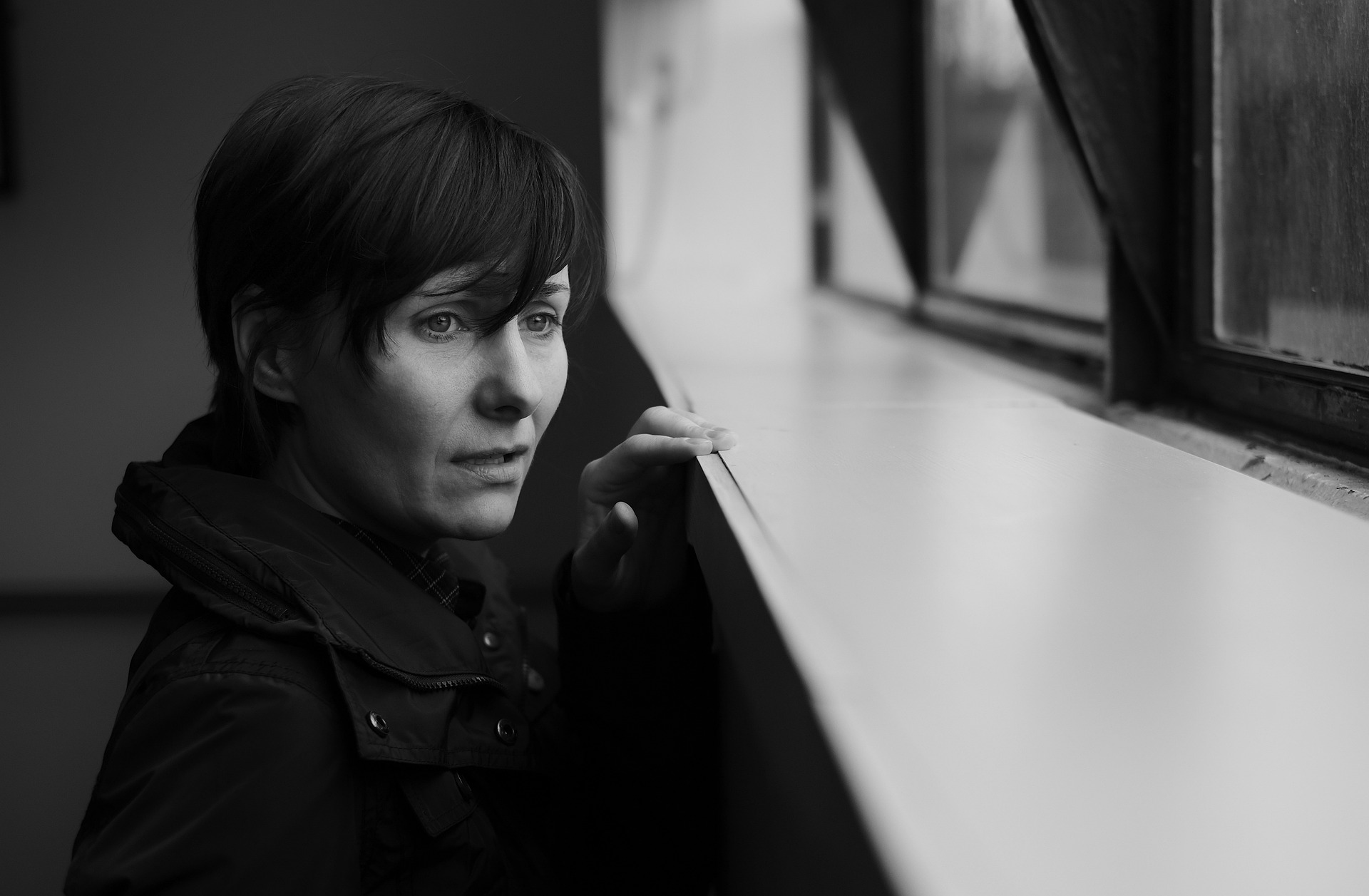 At 7:30 am Irene parked her car in her workplace's parking lot and headed in a hurry towards the office. The cold wind blasting in all directions was not what she was expecting from the last week of September. As she walked fast she noticed that there were already plenty of yellow leaves on the ground. She thought that summer had passed too quickly. She wasn't ready for winter yet.

When she got closer to the main entrance of the building, she saw Jean, the concierge. He greeted her with a smile and mumbled something in French. Irene didn't quite understand him most of the times because he was speaking with a heavy Québecois accent and he never articulated properly his words. Usually the last syllabus of the words were left hanging in the air. Though the jolly attitude and willingness to help compensated for his lack of eloquence.

She crossed the corridor and turned left, passing in front of the two elevators. A quick glance at the board suspended high up on the wall above the elevator's doors made her realized that two new businesses opened up their offices in the building. She wondered how long would they last.

Once arrived in front of the clinic's door, she took out her keys and opened the door. One second later she heard the alarm sensors beeping and stepped quickly to her left in order to reach the control panel and put in her password. This dance had become her routine for the past year since she started to work in the dental clinic.

The only reason she took this job was because it was close to her home and at that precise moment she needed a steady income to keep her independence. When started the work, she thought it was a temporary patch. She didn't think she will stay more than a few months. She imagined it will be a first step taking her closer to a better paid position. Unlike her previous jobs, now she had no interest in promotions or overtime. All she needed was her pay check to cover her bills and a job that did not require much from her. Little she knew that unpaid overtime, daily drama, crazy clients and a toxic atmosphere will be part of the job. Definitely, not what she had signed for!

She entered the reception area and then headed towards her desk. A sticky note was placed on the screen of her computer. She bent forward and looked at it. She recognized the handwriting on it. It was Kacey's. "Please call Jessica Abriaga tomorrow and see if she can come on Tuesday morning for 1 1/2h!"

Reading the note, Irene recalled the previous' night scene when she had left the office late. She also recalled the resentment feeling she had for her boss. The source of all troubles! If that little man would have had a bit more diplomacy and tact, he could have passed for a nice guy.

She checked again Kacey's note and studied it. The round letters and impeccable calligraphy made her almost feel bad for tossing the paper to the trash bin. Irene was able to imitate any type of handwriting from a young age, as a result of failed attempts of falsifying her parents' signature on her report card. In the early nineties and later on, this skill served her well.

Image by Gary Ross from Pixabay

Drop me a line if you enjoyed reading this post!
If You Are Interested In Purchasing Any Of My Works,
check out my GALLEA online art gallery page HERE
or visit my website: lavipicu.com.

Lavi Picu is an interdisciplinary artist, currently residing in Montreal, Canada. She is an emerging visual artist who uses painting and poetry as alternative forms of self expression as well as pain management therapy for Lyme disease. She is also the author of four soulful collections of poetry.

Looking forward to the next one ! I ve read some of your poems as well, amazing.

Thank you for stopping by! Glad to hear you enjoyed reading my poems!