Diegesis and its relation to 'truth' in fictional works.

In countless universes, literary, cinematographic, video games, the debate about what is or is not Canon or the truth, goes on every day, understanding the Eugesis you can at least, understand things a little better. 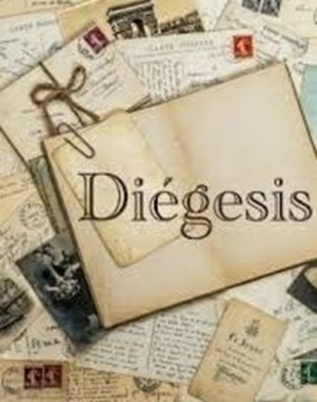 Hello friends, I hope you are very well. if you like science fiction, or reading or video games with franchises that extend for several episodes, surely it has happened to you that at some point in the story something does not match the existing narrative, what they call a Plot Hole, or out of nowhere something happens, someone appears, Of course, this can be a consequence of a weak plot, but understanding the concept of Diegesis can help you to reconcile with these facts, and understand a little better how stories are structured and how the truth is handled in it.

In this post I will use examples from the MCU [marvel cinematic universe] because it is one of the most popular fictional universes today, and also some video games that are what we would call Classics.

But there is a second way to use the word Diegesis, and that is to refer to the Levels of depth in a narrative. It provides a framework to better analyze what the narrator is saying, what the characters are saying or doing, and what information the characters are referring to.
This framework of analysis can have 3 levels.

This refers to elements that, although part of the narrative, are in the story, for example, the music in the action scenes of a movie, the HUD in a video game, or the narrator's explanations in a book. In call of duty for example, the character does not see the HuD but we, the audience or player, do see it, the HuD is an extradiegetic element of the narrative.
However there are exceptions to this rule, such as Halo. Where according to the canon of the story the Spartan helmets have a kind of HuD. 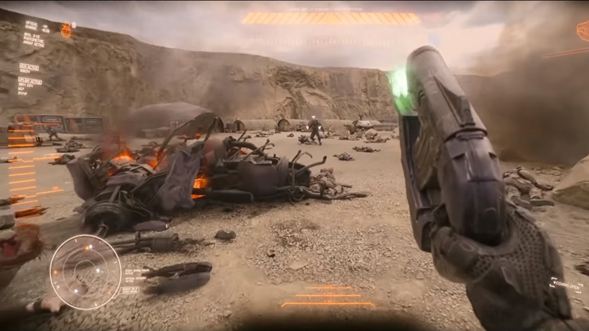 [image from Paramount's Halo series where the Canon element of the HuDs is shown in the helmets, we the viewers can see them, and some of the characters as well].
We can also say that extradiagetic elements are the ones that break the fourth wall.

They make the bulk of the story, they are the actions, thoughts, dialogues and others of the characters within the story. It is the level of the narrative that corresponds to the characters, and is fostered in the information that these handle.

Which can be stories told second-hand by the characters, stories within the story. An example of this can be, in the MCU, more precisely in Captain America Civil War, the movie opens with Iron telling a story about his relationship with his parents.

How does this help us to better know what is canon and what is not?
While it's not the proper use of Diegesis, we can use its narrative levels as a scale of credibility, I do, and I'm not the only one.

The thing is this, within a story or narrative, what the author narrator says or the additional information the screen gives us is hard to dispute, because it comes in many cases from the creators of the story, therefore we can give them more credibility. We all know that the music played when the avengers met for the first time in the battle of new york in the movie of the same name, the characters did not hear it, but we, the public did, it is now part of the Lore of the MCU.

But if we move on to the Intradiagetic elements, we are on shakier ground, as we then enter the realm of what the characters know or don't know, and all their actions can be biased by the Role they play in the plot.

Another example of the MCU, we all know that something Loki says can not be taken into account as Canon of the story, because he is a liar, because at this level of the narrative, the Intradiagetic, you can not give much credibility to what other people say, Fury lied and hid information, Iron Man also, Odin lied by omission...

Because the characters either don't know everything, or if they do they decide to hide it, therefore their expressions in a story should be taken with a grain of salt.

And if we go to the Metadiagetic level, the level of credibility for the Lore goes down even more, the stories inside the story can be lies, like the lies told by the villains about their past, or they can be false information, or they can have a bias by the author of the story, which then goes through the bias of the characters to finally reach the audience much more distorted than an Intradiagetic element.

Authors, film directors, production managers etc know this, and that is why they use blind spots to hide revelations, plot twists or in some cases, narrative errors, and these blind spots in the narrative levels, these levels of credibility sometimes serve to make Retcons as well.

For example, if you have read Michael Crichton's books, Jurassic Park and The Lost World, surely you had a little flaw in the continuity when you saw that The Lost World starts with Ian Malcolm giving a talk, when he was supposed to die at the end of Jurassic Park. Well, there's an explanation for that, it's simply what the central characters of Jurassic Park believed at the time. And just like that, you use a Diagetic blind spot to revive a character you killed off earlier in the story, make a little retcon without destroying the credibility of the plot.

So, my friends, when discussing what is or is not Canon in a fictional universe, it is a good idea to pay attention to the levels of Diegesis, to assign a credibility to the facts within it. likewise, if you have an interest in working on a fictional story, this information can help you to keep the narrative in order, or to make it more elaborate.