The White lady: Myths and Legends about this spectral apparition around the world + Ghostly 👻 photoshoot of a castle shrouded in fog

yidneth in GEMS • 6 months ago (edited)

An spectral photoshoot by a XV castle shrouded in fog

What can be more spectrally haunting that thick fog blurring abandoned ruins? Above: Ghostly me some weeks ago on a moody foggy day...
As some of you know besides being a musician I'm a a passionate of folklore. And I do have a weak spot for ghost stories :). In this article I'm going to focus on the mythology and legends of the White ladies all over the world. And I will illustrate it with a very recent spectral photography photoshoot by some misty ruins. My first album "Ancient Shadows" was subtitled "The Ghost and the Fairy" Sometimes the fairy becomes the ghost. The Light becomes the Shadow. Thus it has always been the way to BALANCE. We are even halves. And my ghost voice sounds like eerie wind howling. I visit these ruins often, I have mentioned before this is one of the two only buildings left in the abandoned village of Guendulain, and despite having lost the luster of old it was built in the XV century.

I love to reach this spot on my walks but this day in particular it was shrouded by thick fog and everything felt so cold and still. So most of the pictures in this article are from a recent "spectral" photoshoot but I will feature some previous ones in similar fashion as I recurrently portray this veiled woman.

White Ladies are a kind of female ghost or apparitions typically dressed or veiled in white. They are recurrent and are rooted deeply in many legends and folklore from many countries around the world, mostly seen in rural areas or wandering among ruins, and usually linked to tragedy, mourning love gone wrong or lost.

Check your local area, there may be likely at least a legend of a White Lady, gliding over the corridors of a manor, walking the edges of a cliff. Sometimes wandering in endless search looking for their soul mate or even seeking vengeance if they were the cause of their final demise. Shrouded and veiled in romanticism, the figure, somehow epitome of the Gothic romanticized fantasy vision of specters.

White Women or White Ladies, are an international phenomenon and there are countless of depictions. And not only ancient or old stories, also current contemporary urban legends that circulate orally in certain towns. I will mention only but a few of them.

In some European countries like in Germany or The Netherlands they can be considered gentle spirits, some the spirits of healers that passed away, others have become some kind of earth spirits or elves though they are all considered to have begun as human at some points. Slavic Rusalkas (we mentioned them when talking about nymphs and sirens) are considered since the XIX century also the ghosts of drowned ladies that now lure men into their ponds.

Up in Ireland, and more Northern countries, wailing women in white are said heralds of Death. Some are famed because of their shrieking wail and called "banshees". The name is linked tumuli or "mounds" in Irish countryside, which are known as síde in Old Irish. Sometimes shrouded or veiled, the bitter cry is said to be more mournful than any sound on earth and certainly an omen of certain death.

Similarly the The Scottish Gaelic counterpart, Scaoineag (means "weeper") is a female spirit in Scottish folklore and a type of Highland banshee, her name meaning "weeper". They are usually invisible but their lament foretells death in her clan by lamenting in the night at a waterfall, streams, Lochs or glens.
In my country, Spain, there is a close legend "Las Lavanderas", these laundressed also appear in Breton Legends"The Midnight Washerwomen", related to the old Celtic Tradition of the triple Goddess, they appear by the creekswashing the bloodstained shrouds of those who are about to die. Usually in groups of 3 they are heavily influenced by the ancient classical myths of the Fates: the Greek Moirai and the Roman Parcae

Ireland’s best-known ghost story “The White Lady of Kinsale” also involves the apparitions of a White Lady. In Charles Fort (built between 1677 and 1682 and in military use until 1922) located in Kilsale Harbour the apparition is linked to the legend of a lady that suicided on her wedding night as her husband was shot dead by her own father and Commander while on watch duty as he fell sleep on watch duty. She jumped off the walls and the father driven by guild of having murdered his son in law and daughter suicided too. The ghost of the unfortunate grief-stricken bride is still protagonist of the many ghost tours tours in the area. 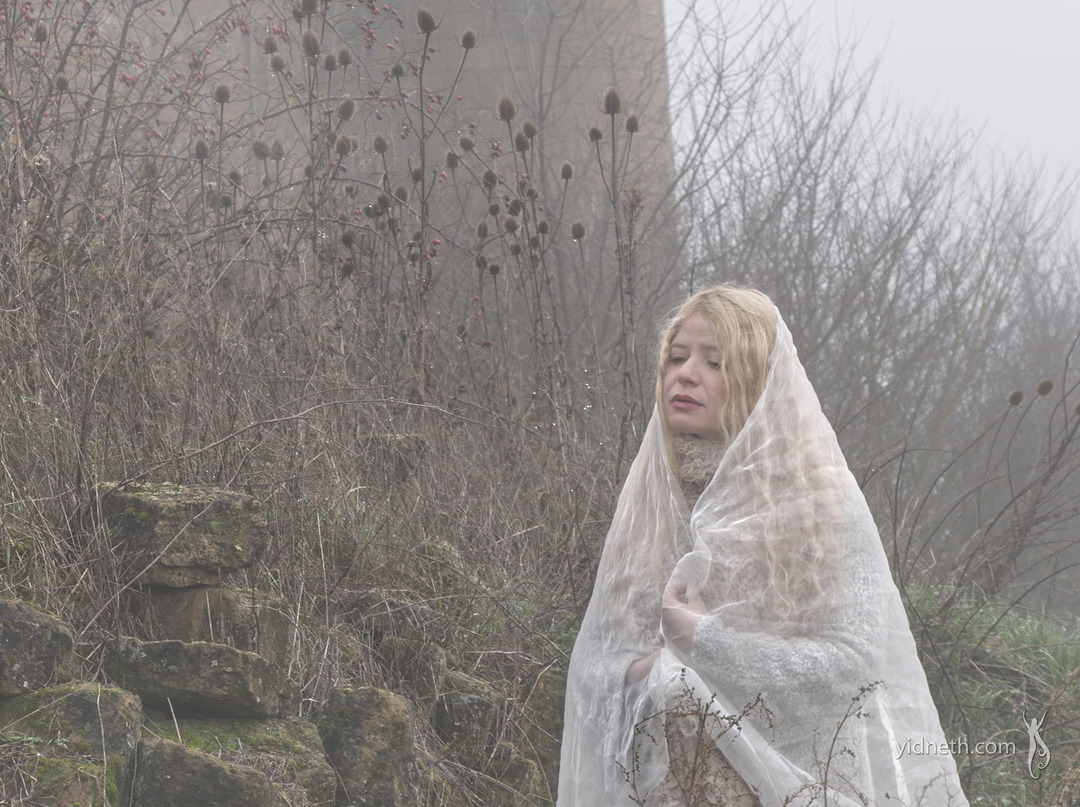 In Mexico, La Llorona (The Wailer or Weeping Woman) legend has it that of a woman in white with dark hair that drowned their children and wanders crying out loud "My Children! My Children!" and is often linked to water looking for more children to drown. It's said that her voice ripples in an odd way, and when it sounds distant is indeed very close by. The same legend is popular in Venezuela. Wooden crosses are placed in homes to ward off her vengeful spirit.
Similarly in Venezuela we can also find the legend of the equally vengeful "The Sayona" also a woman in white that appears as a beautiful woman to unfaithful husbands, luring them in to the forest where she turns into a beast and devour them.

Yūrei 幽霊 (Dark Soul), in Japan, are vengeful spirits trapped between The living and the Death. In Japan when someone dies, certain rituals must be done in order to guide the spirit to the Afterlife but those who didn't have a ceremony, died unnaturally or left with unresolved matters may become a "Ghost". The most frequent representations of this Yurei is a woman wearing a white kimono, with dark hair and no feet. There are many types of "Yurei" in folklore and they have different names, some are not evil, like those Mothers that return to take care of their children, others like those linked and haunting spaces tend to be dangerous.

Above: me and my friend trying to imitate those creepy Japanese Ghost movies

In Pensilvannia the "White Lady" of Pond Bank also referred as the White Witch is said to haunt the forests and to leap on to the cars. The specter is told to be accompanied sometimes by an spectral white dog too.

For me ghosts are like feelings that linger... even if only in the memory of others. I have used it as a recurrent metaphor so I usually carry this veil around and try to make pictures that slowly increase "her" story. My "ghost-self". For me the concept is different, like when I go when I lucid dream... am I ghost then? And it's more dream-like than spectral sometimes but here are some of my "ghost" photography and music as a white Lady myself. 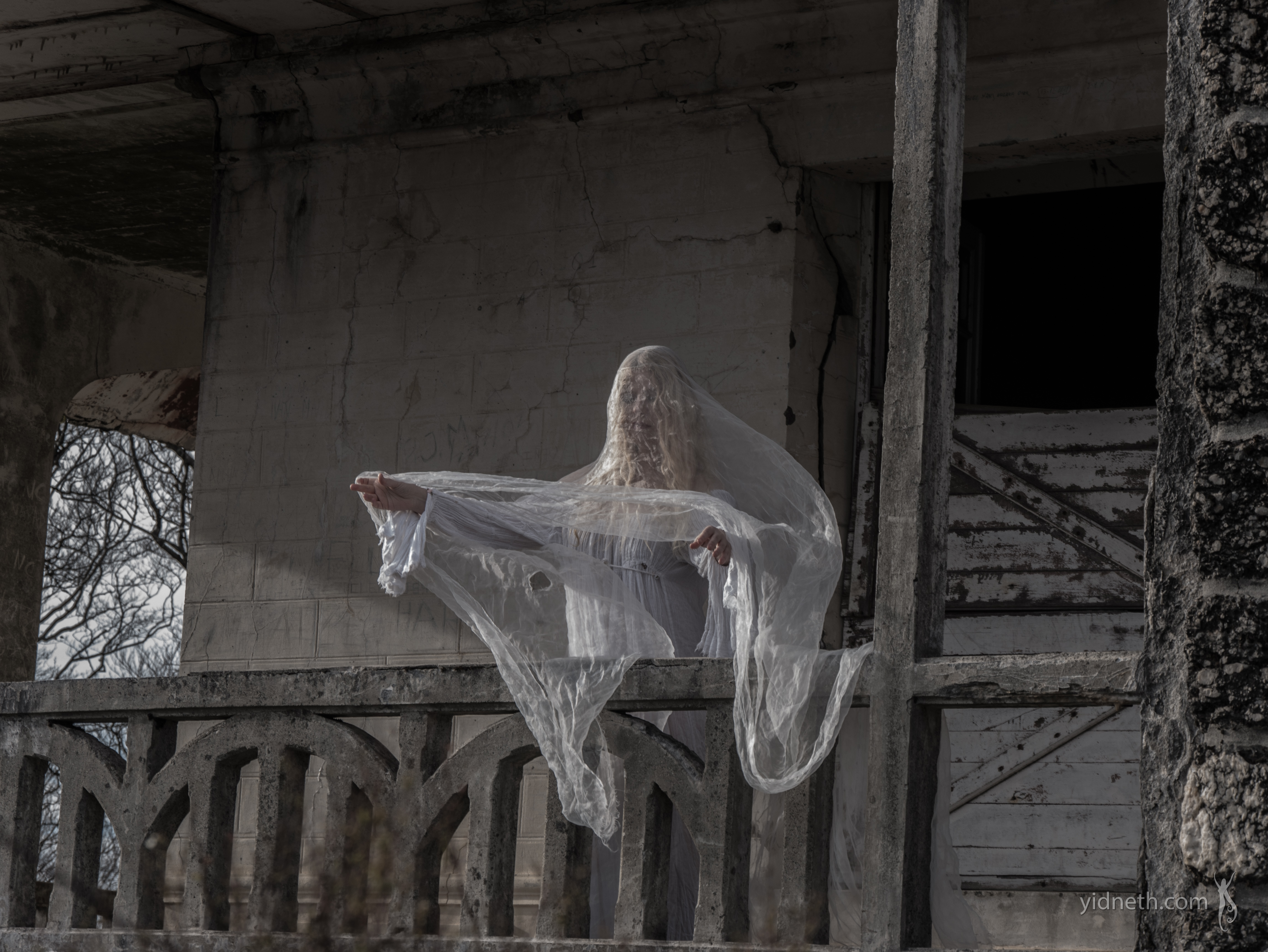 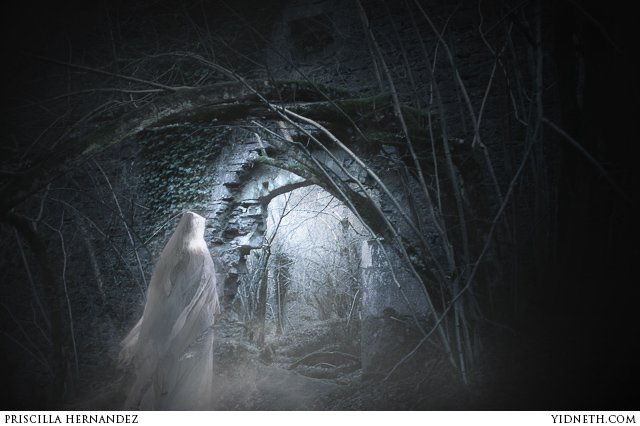 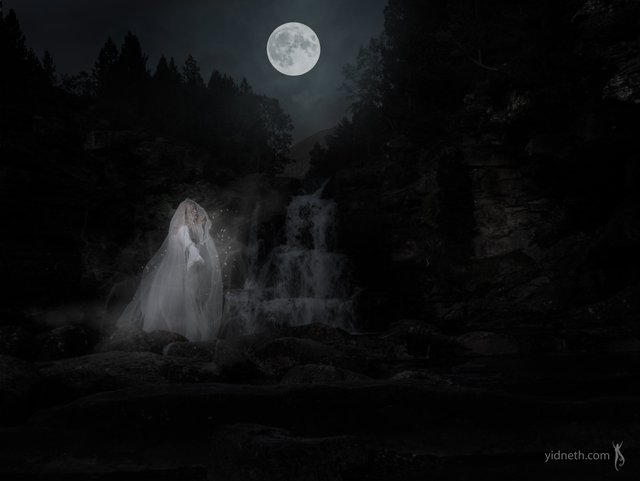 And of course my music video "Haunted"

This one I had shared before but it comes to be linked to the most recent photoshoot and concept of the blog. And as I believe it's one of my most underrated yet favourite songs of mine, I don't want to miss the chance to share it again as part of the imagery of the post.

Lady in White: a move from the 80s inspired by these legends

Among my favourite movies featuring this theme a "Lady in White" a 1988 supernatural classic film starring child star Lukas Haas. The film included many of the elements, mourning, murder, suicide over the cliffs. The film has aged a little bit but I have fond memories of it, though I remember I used to be terrorized by it. Movie has aged quite a lot but I still recommend it. I will not add the poster cos I didn't find any licensed one but you can read about the movie here on wikipedia. It's currently streaming on Amazon Prime.
https://en.wikipedia.org/wiki/Lady_in_White

Support me following on my network. Sígueme en las redes 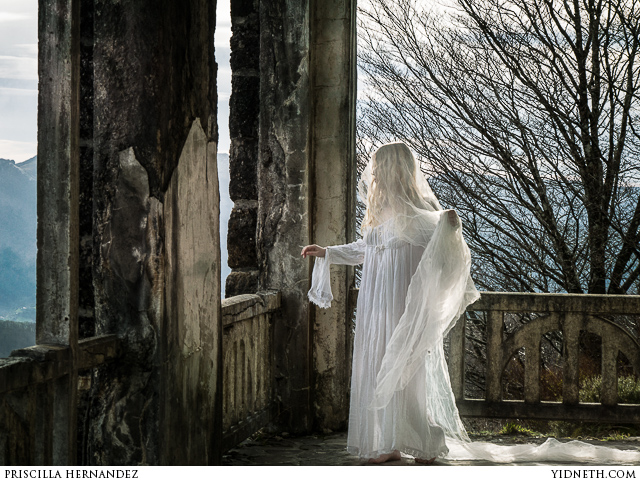 I'll be here, watching you

All pictures in this post are my own, Priscilla Hernandez @yidneth in collaboration with my partner @hedac. All Rights Reserved.

Brilliant post from a ghostly genius lady! I like what you say about ghosts being feeling that lingers this realm.

What I heard in France from the White Lady, if you see her on the side of the road while driving, it's a sign that you are about to have an accident.

Oh, thanks for contributing with the local folklore. I have a weak spot for ghost stories and literature, whenever I do ghost songs they flop a little (one in the post) and are a bit more invisible but cannot help to find them rewarding.
I gotta two fun stories about being taken for a ghost (spooking someone for real and make it to be mentioned on a paranormal show ahem so sometiiiiimes there are logical explanations.... 👻😂

Another fantastic post and awesome photos! Keep up the amazzingness!

That gif/short clip with you and your friend is super scary.

I quite want to do a scary photoshoot now...

Haha go for it. My darker songs and photoshoots usually get less visibility but as you can see my ghost self emerges recurrently. The song I linked in the post is one of my personal favourites

About the pic with my friend, we were Dead tired, literally lol
This was the result Dead tired but I bet there were some laughs too shooting this! 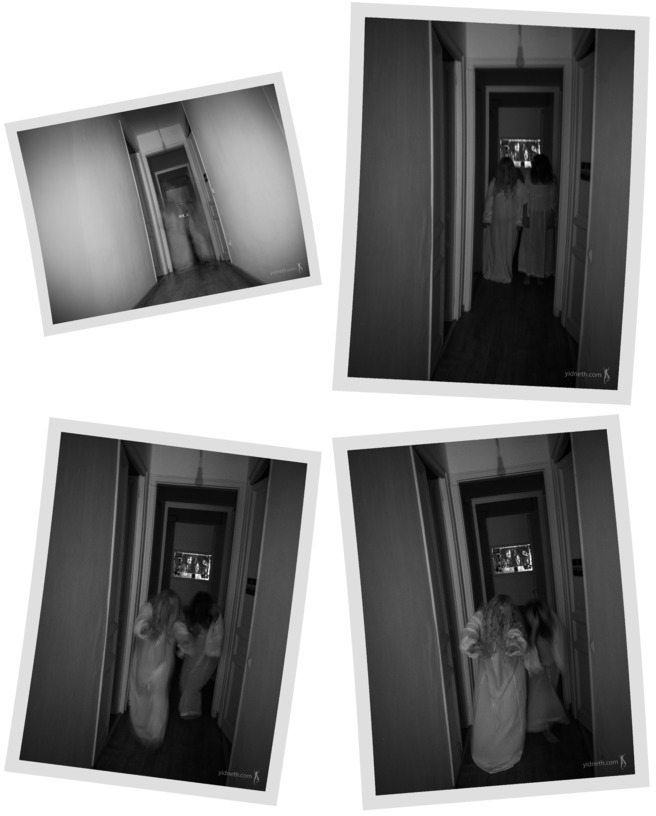 This is such an interesting post. I enjoyed reading every bit of it!

Uh fog😍 I loved your shots, you are a wonderful beautiful ghost hihi. The white dress definetely helped with the overall mood

Thank you so much, The pictures in the fog are a recent photoshoot but I have carried tha veil through many spectral locations. The music video has a few years, but the foggy pics are only weeks old and just edited. My ghost self is kind of recurrent, but my darker eerie songs are usually more invisible, which makes sense being a 👻. Ty

Wow, what great photos. I would like that too. cool))

Your post has been manually curated by the Stick Up Boys Curation team!
Because we love your content we've upvoted and reblogged it!
Keep on creating great quality content!

You can now send $PIZZA tips in Discord via tip.cc!