yidneth in GEMS • 4 months ago

“May your troubles be less, and your blessings be more, and nothing but happiness come through your door." - Irish blessing.

17th of March and another St Patrick's has arrived and though I do not have Irish heritage that I know of I love playing Celtic Music and read of their folklore about fairies and magical creatures.

A shamrock ☘️ is a clover-like plant. Depicted as a bright green sprig with three, heart-shaped leaves is the emblem of Ireland and symbol of St. Patrick, who was said to use the shamrock to explain the Christian concept of the Holy Trinity. Commonly used on St. Patrick’s Day and in association with Irish culture and heritage.
The figure of St Patrick itself is surrounded by lots of folklore and likely a modern myth. Some even question if he was the result of other figures, but overall it's said he was the responsible of evicting "snakes" from Ireland. We must note there were not snakes in Ireland in the V century (there haven't been in 3 million years) but it's argued that it refers to Christianization and the eviction of pagan druids.
But today the celebration transcends its religious origins and it's become a popular holiday to cherish all Irish Heritage.

A day to wear green so tell me which one is your favourite?

It's also a day to wear green, as you should know you might be pinched by Leprechauns if you do not do it ;-)
It's easy for me as it's my favourite colour, so which of these photos is your favourites 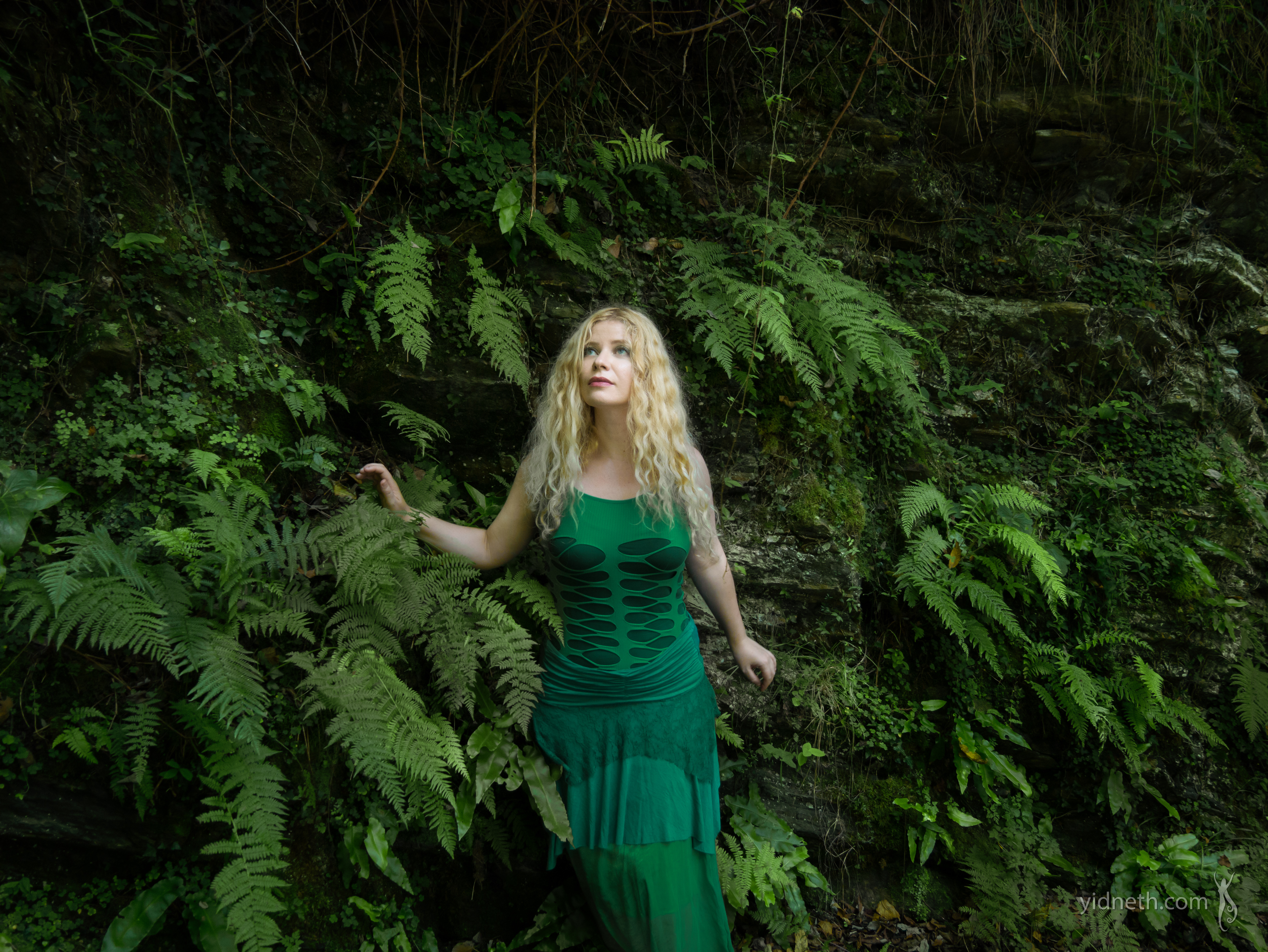 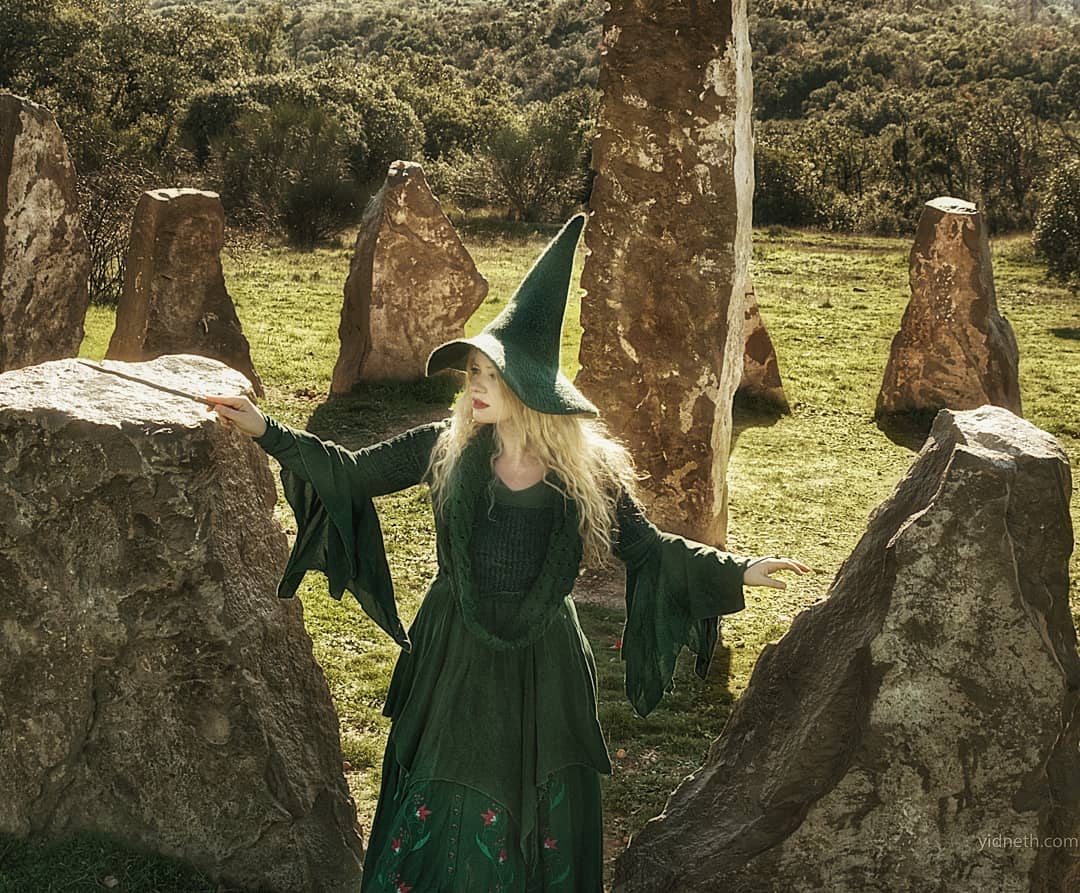 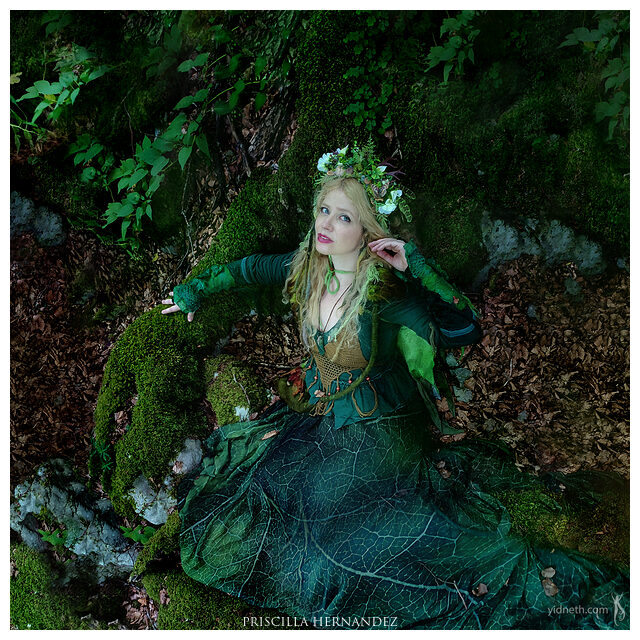 And a Celtic Irish song I performed to wrap up

And as it's St Patrick's and we celebrate Celtic an Irish heritage and culture (and you should wear green or otherwise risk to be pinched by Leprechauns) here is my take of "Down by the Salley Gardens" a poem written by Irish Literature Nobel Prize W. B. Yeats and classic Celtic song. Acoustic version with all instruments performed by myself. I shared it (and its making of) a while back but I think it fits to wrap up this post. 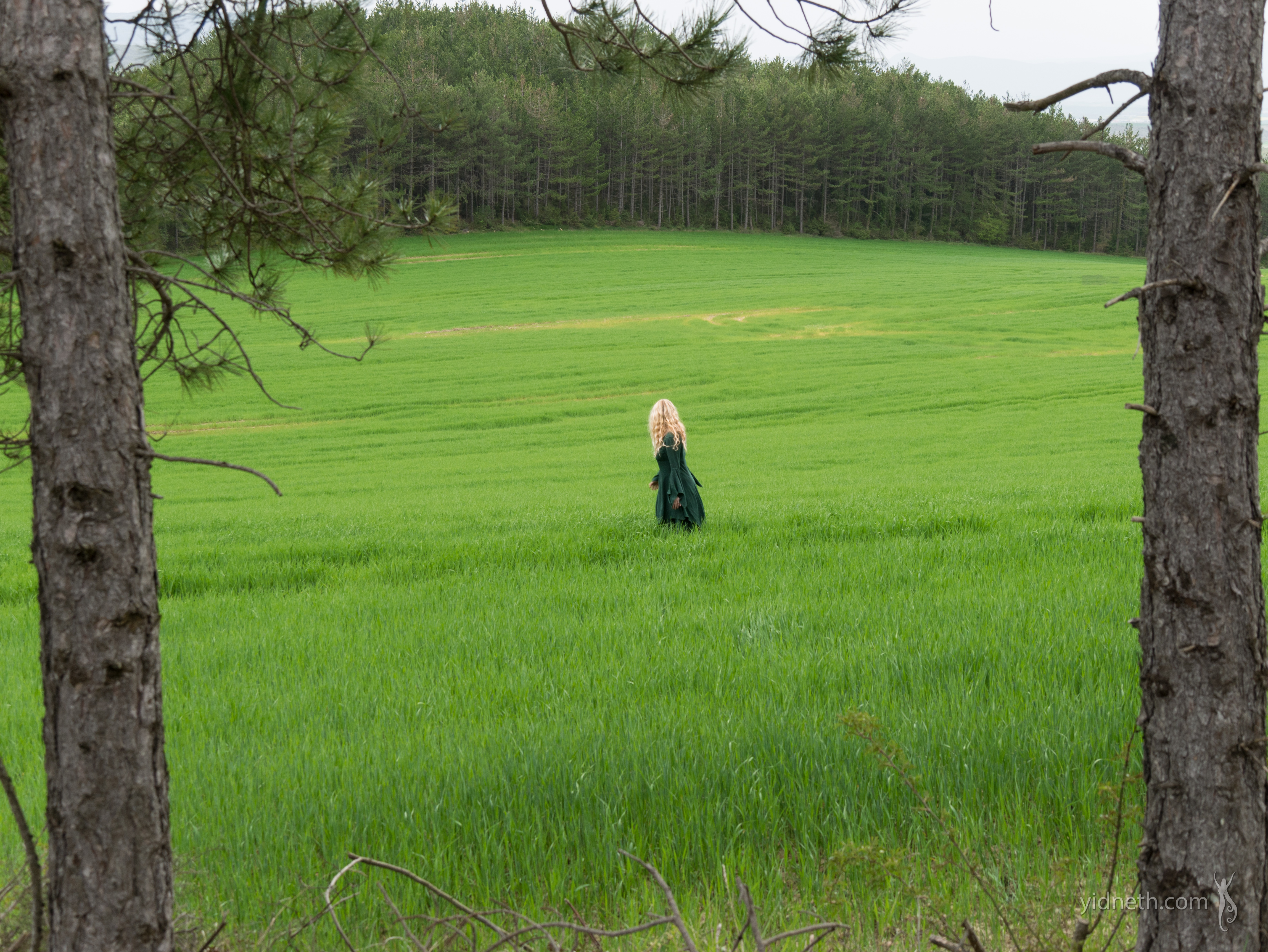 The fifth one is my favorite. You look like a Wood Fairy!

Thank you so much. In honesty I do wear green most of the year since the leaves unfold until the fall in the Autumn season

Very, very nice all of your green clad images! I'm drawn between the fourth and the fifth, as they seem to be the most nature inspired. I just love the fern look, including its gold and brown hues in the fourth photo, but your dress in the fifth pic looks so much like the veins of a leaf! Plus I love your headdress in that one. So still I can't decide. Very pretty both of them!

Thank you so much. I mostly make music. You have an example at the end of the article. I do love wearing green most of the yeah since the leaves grow until the fall. I really like earthy colors and I guess all my persona is really truly linked to Nature. Thanks for stopping by and I appreciate the feedback

You do it very well! I will check out your music too. Thanks for sharing.

honoured, thanks for appreciating

Wow, you just got a new fan! Such beautiful music, and so relaxed and peaceful. It's ideal to listen to when I need to concentrate. Also the video is very well shot (though I can imagine you must have been so cold with your bare feet in the water). Thank you!

Now that I've watched some of your videos, I must say I really like your interpretation of Greensleeves. But the one that captured my attention at the moment (perhaps due to the season) is this one:

Spring equinox is around the corner, but tonight we have a full moon in virgo (or so I've heard). Happy season's greetings!
100%
-100%

I make mostly fantasy music but these series with the witch hat goes all through the wheel of the year already so you'll see one for every season and every mid-season as nature flows and changes, these are maybe less complicated and more celtic than my other original music and many even composed right at the spot (I bring a portable microphone to record the ambience) Thanks for watching some of the videos and the compliment on my music, appreciated.

For Equinox (Vernal Equinox or Ostara) you have these songs
The Blooming Heart
The Waking of Spring
Longing to Bloom
and The Earth Awakens
also "The Heart of the Forest" for the first unfolding growing leaves :)

oh I've gone into full river pond swim haha for some videos haha :) thanks for watching and appreciating. I love going to nature and what I share mostly here is my music, though I love to dress up to film the videos as well and it's become of who I am... a fairy bard of sorts ;-)

I just loved all the green and all your so very beautiful green outfits!

Aw thanks so much, most of my wardrobe is brown, or green or earthy colours but I mostly wear green Spring-Summer when it returns to nature

Wow, I love this tradition, and I became very interested in Celtic culture... I love everything mystical, fairies, and crystals... I'm sure there are many precious stones in their lands... I didn't know the day of Saint Patrick, so thanks for sharing! Nice pics!

Thank you for the compliment. I am a musician so I make music that have certain inspiration from Celtic music. In fact at the end of the blog post you will see a video of me performing an Irish traditional. I leave in the north of his pain and we also have a strong Celtic Roots up here.

Yes! your video is very beautiful... and I can't explain the PEACE it gives my soul, it really is magical and you have a lot of light... I am also a musician, I hope soon to show my videos here.

I encourage you to do.... we need more music in the world, especially in times like these. Un saludo desde este lado del charco (I'm from Spain)

Yay! 🤗
Your content has been boosted with Ecency Points, by @gregory-f.
Use Ecency daily to boost your growth on platform!

Congratulations @yidneth! You have completed the following achievement on the Hive blockchain and have been rewarded with new badge(s):

Oh I'm so happy to find you again, it's hard to keep track of one another here on Hive @yidneth !
I love all the photos , but I'm partial to the one with the feathers in the lush mossy area with the light on you. Really wonderful and glad to have found you again.