We are not a weak generation.

You've probably heard from an older adult a complaint that starts with 'the youth of today' well, the evidence indicates that we are being played very hard.

Hello friends, I hope you are doing well. I know the world today is crazy, the economy, politics, social dynamics, everything can be stressful, and additionally we young people have to deal with the constant comparison of our successes, our achievements in life, with those of previous generations, our parents and grandparents.

But how good is it to do that? We can usually hear people from previous generations, from 50 years and older, say that today's youth is weak, undisciplined, doesn't like to work, or spends its money on nonsense...

Now... I don't mean to say that we are not in control of our lives, nor that the problems of young people are not our responsibility....

You see, the problem is this... we are being judged by a standard that is not valid today. We are not weak for complaining, it's just that we were raised to express what we feel to begin with, unlike previous generations where the education was mass-centered and not individual-centered.

Certainly, some things in our lives are easier, transportation, communications, entertainment, basic services, etc... but we must remember, none of this is free...

And speaking of money, the young adult generations have very little in fact. 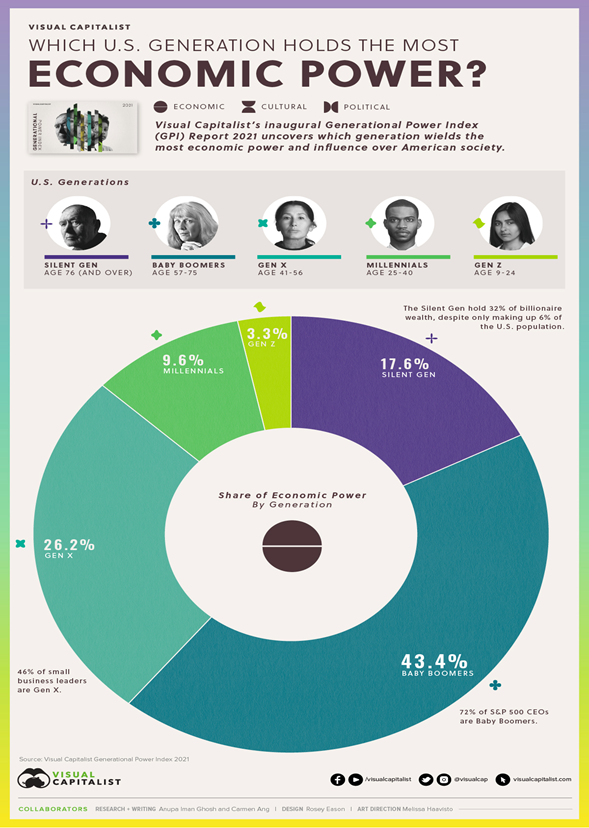 Basically, we don't have a third of the resources that people who call us weak, is this because we don't want to work?

According to Harvard, no, quite the opposite... here is the information.

https://hbr.org/2016/08/millennials-are-actually-workaholics-according-to-research
then why is it so hard for us to achieve those economic goals that our parents already had at our age? A house of our own, being able to maintain a nice family with only one parent working.

Well simple, in the last decades the price of both land and housing has grown exponentially, while salaries, although they have grown, never at the same rate as the price of housing. [The above graph corresponds to housing prices, in blue, and salaries, in red, for the South American country of Chile, I use it as an example so as not to always use statistics from the United States, and to show that the problem is not only there, in much of the world, it is the same].

Hence, although we are willing to work, it does not mean that we like a 9 to 5 job, since a little bit of simple mathematics shows us that such a job will not assure us a future.
And that's why we are willing to take a chance on anything else...

Previous generations lived through times of immense economic growth, and reaped the rewards of the stability sown by the generation that won World War II. We have to deal with the collapse of the reigning superpower.

Politically, the boomers, being the single largest generation, voted for politicians who favored their interests, and today, they are once again voting in their favor to the detriment of the younger generation.

Last but not least. It should be noted that older people have been complaining about the young since we have historical records, more than 2000 years, they have always thought that they worked harder, and that they were better at everything, it is like the mania of each generation with an end of the world, or saying that the athletes of before were better than those of now ...

"We defy anyone who goes about with his eyes open to deny that there is, as never before, an attitude on the part of young folk which is best described as grossly thoughtless, rude, and utterly selfish."

"Whither are the manly vigour and athletic appearance of our forefathers flown? Can these be their legitimate heirs? Surely, no; a race of effeminate, self-admiring, emaciated fribbles can never have descended in a direct line from the heroes of Potiers and Agincourt..."

Letter in Town and Country magazine republished in Paris Fashion: A Cultural History, 1771

"They think they know everything, and are always quite sure about it."
Rhetoric, Aristotle, 4th Century BC

So... although as a generation we have our faults, not all the situation in which we live is our fault, part of maturing is to accept that in the world there are certain things that affect us, and unfortunately they are beyond our control, our parents and grandparents have to understand that too.

Maybe all those memes, those streaming services and things they call superfluous, are our way to enjoy life a little bit in the middle of so much madness.

And this post is not hate towards them, we love them, we love them, and we are very grateful for what they did for us. But under no circumstances is it fair to compare how their life was at our age and their achievements with ours... and if they do... well... it shouldn't surprise us either, they have thousands of years doing the same, and maybe we will do it in the future...

[1] ARE YOUNGER GENERATIONS TRULY WEAKER THAN OLDER ONES

[2] PROOF THAT PEOPLE HAVE ALWAYS COMPLAINED ABOUT YOUNG ADULTS