The lights on the road are becoming more dangerous, it's not your view.

Nor is it that you are getting old or something, nowadays vehicle lights are more uncomfortable for the eyes than 10 or 20 years ago. Learn more here. 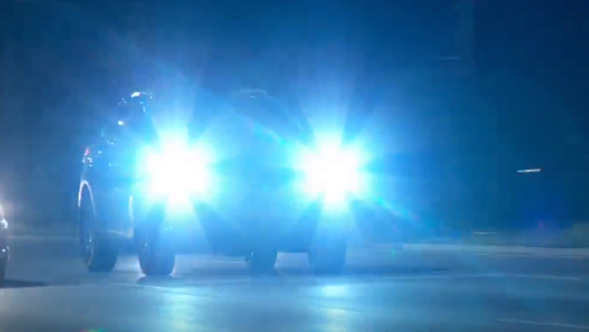 Hello friends I hope you are doing very well, recently a friend of mine brought to my attention an increasingly recurring problem for people who drive, this friend spends a lot of time behind the wheel and lately more at night, and if he has been complaining that the intensity of the lights of the vehicles has been increasing in recent years, and it is not only him, he says that many veteran drivers, truckers or cab drivers who have been driving for decades complain about the same problem, particularly they find the LED and HID lights that are mounted on vehicles lately a danger. So I decided to do some research.

And I discovered that my friend is not alone in his complaint to begin with, the problem is also more complex than just the lights getting louder.

The Nature of the Problem.

In the United States, a survey organized by the Department of Transportation found that 88 percent of drivers have experienced strong flashes from the lights of oncoming vehicles, 31 percent claiming that such flashing is very uncomfortable. And 1 percent admit to having come very close to having a traffic accident because of this flash.

People's frequent complaints led to a similar survey in the UK where 2700 drivers were asked about it. The results are in many respects similar to those found in the United States. 89% of the drivers think that the lights are too loud. 63% believe that the frequency of being blinded has increased, and 23% that it is increasing very fast.

[The sample used in the slope was selected from drivers of all ages to eliminate this variable].
This is dangerous. Very dangerous. When asked how long it took to recover from flash blindness, 65% said between 1 and 5 seconds, and 12% said more than 6 seconds.

For a driver driving at 60 mph. Being blind for 1 second is 13 meters of unseen road, 6 seconds is almost 80 meters. Without seeing, it is a very real danger.

Why is this happening?

An investigation done by the New York times last year throws some light [pun totally intended] on the matter.

For starters, if lights have gotten brighter, there has been a generational shift in lighting technology in recent years. The Halogen lights that appeared in the 80s are more powerful than the previous generation. Then the HIDs in the 1990s, and finally the even more powerful LEDs starting in 2010. The average HID bulb produces 3000 lumens, versus the 1400 lumens of the average halogen bulb. And LEDs can be even more powerful in the same size package.

New trends in auto manufacturing and sales have something to do with it.

The two most common car models today are SUVs. And compact cars. This generates a situation where some drivers are physically higher in their vehicles and therefore have lights also higher to the road, and some who are driving in compact cars closer to the ground, so the lights of those who drive the SUVs often impact head-on those in compact cars, although the first are with low lights.

And the nature of the light itself has something to do with it.

When comparing two luminous objects, one large and one smaller, that emit the same amount of lumens [measure of the amount of light] the smaller one is usually perceived as brighter, because you have more light in a smaller space and this is more aggressive with the retina, therefore the trend of making vehicles with smaller headlights but with the same performance may contribute to the problem.

Additionally, HID and LED lights emit light in whiter and slightly bluer tones, these tones can be perceived as brighter to the person in front of the lights as the human retina processes these tones of light less efficiently than 'hotter' lights such as the yellow of older lights.

So what can be done about it?

Currently, the alternatives to protect against intense lights on the road are not many, using anti-flash glasses or lenses may be an option but of limited help, blue light filter glasses have been proposed to limit the damage that can be caused by HID and LED lights, but they would also affect the driver's overall vision.

Therefore, lobbying the authorities for better regulation of vehicle lighting, and driving carefully, pulling over to the side of the road if necessary when a strong light blinds you, seem to be the best options for now.

[3] TOO BRIGHT HEADLIGHTS MAY MAKE DRIVING AT NIGHT LESS SAFE"

Hey @anyelina93 !
thank you for sharing this great article ! I indeed remark that too, even as a passenger... But now, as a driver, and currently searching for a car, I can say I will pay more attention to that... Don’t really believe it’s simple to change the bulbs in it too :) ... for the sensitive blue light, I kind of feel it can be not easy depending of the context ! Thanks again, it surely brought some light on the subject ! I wish you a nice day ☀️