The case of financial education.

How necessary, profitable and difficult to achieve can it be? 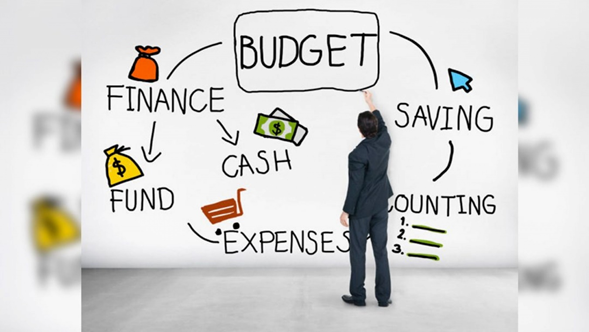 Hello dear friends of leofinance, I hope you are very well, Few things in people's lives is as influential as money, we spend much of it trying to earn it or thinking about how to spend it, it has defined since the beginning of humanity the way people interact, demarcating social barriers or promoting relationships between distant peoples who otherwise would not have connections, for mutual benefit through trade. It can even be said that for many people and groups of people, the world revolves around money, and we can't blame them....

However, despite the fact that we live in an age where money has more power and influence than ever in the destinies of humanity, it is surprising that many, many people, not only in poor or developing countries, but in fully developed countries, have a very poor understanding of how the economy and their personal finances work, this can have disastrous consequences in people's lives, but at a social and national level it can also be the catalyst for a catastrophe. Which brings us to the first question.

Absolutely, in fact, more than ever in human history, not only has the machinery of capitalism refined the systems of advertising, misleading or not, the mechanics of consumerism, at the same time that governments have pushed and continue to push against savings with induced inflations. But we also live in an age where spending has never been so easy, just by picking up your phone and touching a couple of buttons on your screen you can volatilize your life savings in seconds. And there is no way to escape it, no matter how hard you try, you will always be exposed to the invitation to spend your money. And if we look at the level of basic economic literacy worldwide we begin to understand why so many people spend money on silly things when they have other needs. Not knowing how inflation works while trying to save can make you lose years of work, not understanding how a compound or floating interest rate works when making a loan can make unviable a venture where you gambled your life savings, and these are things that almost half of the adults in the world do not know.

Therefore, financial education is necessary, especially in vulnerable communities, such as those discriminated by race or gender, and in poor or developing countries.

But how much benefit can be derived from universal financial education?

This question is a little difficult to answer, not because there is no information on the subject, on the contrary, on the Internet you can find dozens, if not hundreds, of studies that point to the benefits of increasing the level of financial education in our societies.

The problem is rather, that the possible benefits would extend through very varied ramifications, making the scope of the theoretical study of the same too broad to cover it all, besides, all this is still at the theoretical level since there is still not enough data to measure it accurately, and finally, a definitive method of financial education has not yet been created [more on this at the end].

The family, long considered the primordial block of our societies can have much of its stability tied to its economy, when resources are not sufficient, when financial decisions are not discussed among adults in a democratic way, when the economic effort of some is destroyed by the irresponsibility of other family members, problems are generated, this friction or stress can in many cases lead to family desertion, violence, divorce and other negative consequences, society as a whole can benefit greatly if this is reduced, with less pressure on state aid systems, police or hospitals, greater productivity of families, less destitution or crime [the latter related greatly to dysfunctional families] and in general, greater happiness per capita.

Thus the family can benefit greatly from at least basic financial education, and also from ideas of teamwork, information sharing and democratic decision making.

Accidents happen, people get sick, and sometimes, our machines get damaged, and sometimes there is nothing we can do about it, in the United States, a country that has a comparatively good standard of living and financial education about 60 percent of the people do not have the resources to deal with an emergency expense of more than $1000. [By emergency expense I mean, an illness, accident, or the failure of a machine that is their livelihood.]

The problem is that many times people are unaware of their economic capabilities, taking on debts that exceed their budget, or spending on things they want but do not need, this can be remedied with proper financial education.

Personally, I dislike the idea of crime out of necessity, however, that does not make it any less real, it does happen, poverty, difficulty in meeting basic needs such as shelter or food can lead a person to commit crimes, a proper level of financial education can help reduce the number of people who find themselves in such situations, even if only a little.

Knowing how to access a loan, how to manage a small business, how to price your work appropriately and competitively, are all skills that can help people prosper and are not difficult to explain.

Many people don't like the idea of thinking that most of a country can get it wrong, but if it has happened, it is still happening and will continue to happen. Germany in the 20s and 30s, my country in the late 90s early 2000s, Argentina recently, are all instances where the majority of people supported politicians with economic ideas that made no sense and destroyed their nations.

A little economic education can help us understand that poverty cannot be solved by giving away money, since money alone is not wealth, printing more to give them away would generate inflation and this would make things worse, it is not difficult for a person with a basic level of education to understand that wars are one of the greatest waste of resources, money and human potential that man can create, and that of invasions to obtain wealth centuries ago ceased to be a good business. to say that today a country can be 'totally independent and sovereign' and that no international organization or economic power can affect its economy is totally irresponsible and the politician who does so is lying to you, not even north korea can, since it depends to a great extent on china. More people would know this if they knew how stock markets and stock exchanges work, which would lead us to elect leaders with more realistic and efficient proposals, less likely to commit excesses to contain the consequences of their mistakes.

5- Peace in our times

You desire but do not have, so you kill. You covet but you cannot get what you want, so you quarrel and fight. You do not have because you do not ask God. When you ask, you do not receive, because you ask with wrong motives, that you may spend what you get on your pleasures.

That's what the good book says, and that's how mankind has been all its history, wars for resources, for money. Whether it is gold mines in the americas or oil in the middle east, war for wealth has always occurred, perhaps, if nations were more prosperous there would be less of it.

Additionally, studies show that insurgent and terrorist groups owe a large part of their recruits to the poverty of the countries where they operate, offering income and basic necessities to their members. Jordan's example in a very good one, where cutting poverty in half, cut terrorism in half as well.

These benefits are not absolute, and with financial education alone we would not manage to turn the world into a utopia solving all the poverty problems, but if increasing the population with a good level of financial education by 25 percent worldwide brings you 10 percent less crime, less wars, less family problems etc... the world would improve a lot don't you think?

But how hard is it to implement financial education?

In the first instance we could think that not much, you just have to make it one of the subjects that are learned in the traditional education system, and continue to expand the latter as it has been doing, making in elementary school to handle basic concepts such as, what is money, how to earn, how to save etc ... in high school more advanced concepts such as inflation, interest rates, budgeting and more, and in advanced education to teach regardless of the career you choose, market dynamics, economic theory, reading financial reports etc. ...

The problem is that there is data from some U.S. states where financial education has been implemented at different levels of education, that point to the fact that possibly this method is not working, a 2014 study on the subject that covered more than 200 reports, concluded that additional financial education only improved students' financial ditions by 0.1 percent. And then there's this study. https://ideas.repec.org/a/uwp/jhriss/v51y2016i3p656-698.html
Which makes the same point, adding that, YES, financial decision making CAN be improved with education, but not with the traditional system of subjects and grades.

This last suggestion may be for several reasons, first, because it has failed to capture the interest of students and show them the importance of the subject, and second, because by the time a student begins to make important financial decisions, he or she has long forgotten what he or she learned in school.

Or possibly, this is the sign of a more fundamental and deeper flaw in the education system, as we have all been there, we have all been in the situation of just wanting to get a decent grade and we forget what we learned as soon as we pass the test, which can lead to many people graduating, with little real knowledge.

Financial literacy is one of the most needed topics for educational programs today. However, its implementation will not be easy, and may require fundamental reform. Perhaps, success in this endeavor can lead to a slightly better world.